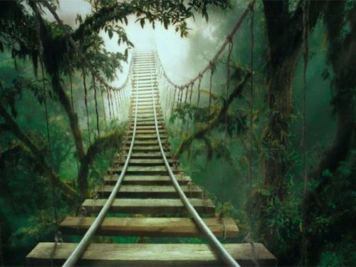 My Father and I were having a discussion on the nature of power and those who pursue it. I won’t bore you with how we got there, but the real discussion was more about the difference between power that comes from within and power exerted over and the kinds of people power attracts. We came to the conclusion that there really needs to be a more defining word for power. . yes, I know another box. Turns out, boxes have their uses.

We tried on several shoes and found that they don’t really fit the enormity of the discussion we were trying to have. We tried abuse, control, authority, spirituality, religion. . . None of these words really fit our feet. We kept getting sand and rocks in our shoes as we were walking down the path of this discussion.

I tried on the word control. It works but it’s not quite the right fit for the concept put before me. Really, what I come up with is the power of control. When we look at the nature of control it is actually a statement about someone who is looking to hold together the very fabric of nature into a static position or manipulate something into a specific shape. Nature is fleeting and tenuous. She always finds a way to escape control. We can observe this by noticing that weed or random flower growing out of that crack in the sidewalk; not just growing, but thriving and breaking the foundation laid over it. We can see this control being subverted by nature when we see over grown abandoned buildings and trees growing and consuming things like cars, bicycles, and fences. We see it in the storm that rages through, the tsunami that clear cuts over the land, the quake that tears the earth asunder, the lightning that strikes at will and sets fire to its target. We tend to stop and look at these things with awe.

When we talk about a person who is trying to exert control over people or a thing we are talking about a person who is expressing one of the most basic of fears. Fear of the unknown path or fear of exposure. This person (or group of them) has to carefully manipulate their world as to not have their perception of it disrupted and must groom the people who around them to fit into that world or be violently exorcised from it in fear of exposure or having to face the possible reality that they could be wrong. Maybe even both. So really when we look at this idea of control we are looking at the person using this power to handle their own insecurities and create a safe zone for their own delusions. We see this in the virolent opposition some people have had toward the enforcing of equality for the third gender.

We tried the word abuse. That word really boils down to power and control of a thing or person to the point of oppression and destruction. Once again, we hit the stumbling block of power holding its own station within the thing we were trying to describe. We went from abuse to the difference between religion and spirituality. Again, we ran into the wall. Religion has rules that control and manipulate behaviors and emotions. It has a tendency to abuse power to enforce their theology. Spirituality tends to lean toward the discovery of oneself and promotes belief in one’s abilities to exert their own authority to create a space for themselves and hold their own power in this place. Again, power is a satellite.

So now, I sit here left with the thought of: let’s go get the dictionary! Let us see what this word is defined as and where it comes from.

Power:[ Me pouer<OFr. poeir< poeir, to be able<Lat. *potere< potis, able.] 1. the ability or capacity to to act or perform effectively. 2. often powers A specific capacity, faculty, or aptitude < strong decisive powers> 3. Strength or force exerted or capable of being exerted; MIGHT. 4. The ability or official capacity to exercise control over others. 5. A group, person or nation having great influence over others. 6. The might of a nation, political organization or other similar group. 7. Effectiveness; forcefulness< a film of extraordinary power> 8. Regional: A large number or amount. 9. Physics. The rate at which work is performed, mathematically expressed as the first derivitive of work with respect to time and commonly measured units such as the watt or horsepower. syn. POWER, AUTHORITY, CLOUT, CONTROL

Really??? The dictionary using power as its own synonym? The word power seems to be its own satellite. At this point I am beginning to wonder if I am looking at one of those signs asking if we have seen this lost wormhole. A picture of an open doorway within its own doorway stretching back into a vast unseen dimension of being. Maybe that’s what it really is. This vast unknown within that we stretch into as we walk this place constantly reaching within to create a thing of our imagining or grabbing externally to apply force upon others in dominance. Neither of these things are necessarily bad. Both have the potential to be either creative or destructive and even creation and destruction can be neutral. You can just as easily create a weapon of mass destruction as you can destroy an enemy. You can inversely create a work of beauty or destroy yourself. Power not only appears to be a satellite, but a neutral one. We are the keys to engaging the power put before us; how we use it defines what it does. Just like in the Fifth Element, that which you put at the center of all the earthly elements determines whether or not life thrives or crumbles around you.

So, what is it about the sort mankind that pursues power to the point of destroying everyone and everything around them? Is it short-sightedness? Desperation? Greed? And how do you weed out this sort from the race to power? Is it a sort of thing that is already present as this person begins their road to power or is it a thing that happens and becomes corrupted along the way? How am I using my power? All these things run through my head as I consider life, love, everything, and the candidates vying for the position of POTUS.

I think the most important question in all of this for anyone to ask is simply this: what is the source of my power and do I honor that source well? As for that more defining word for power. . . I think it may be a word only the Unseen know and can pronounce.